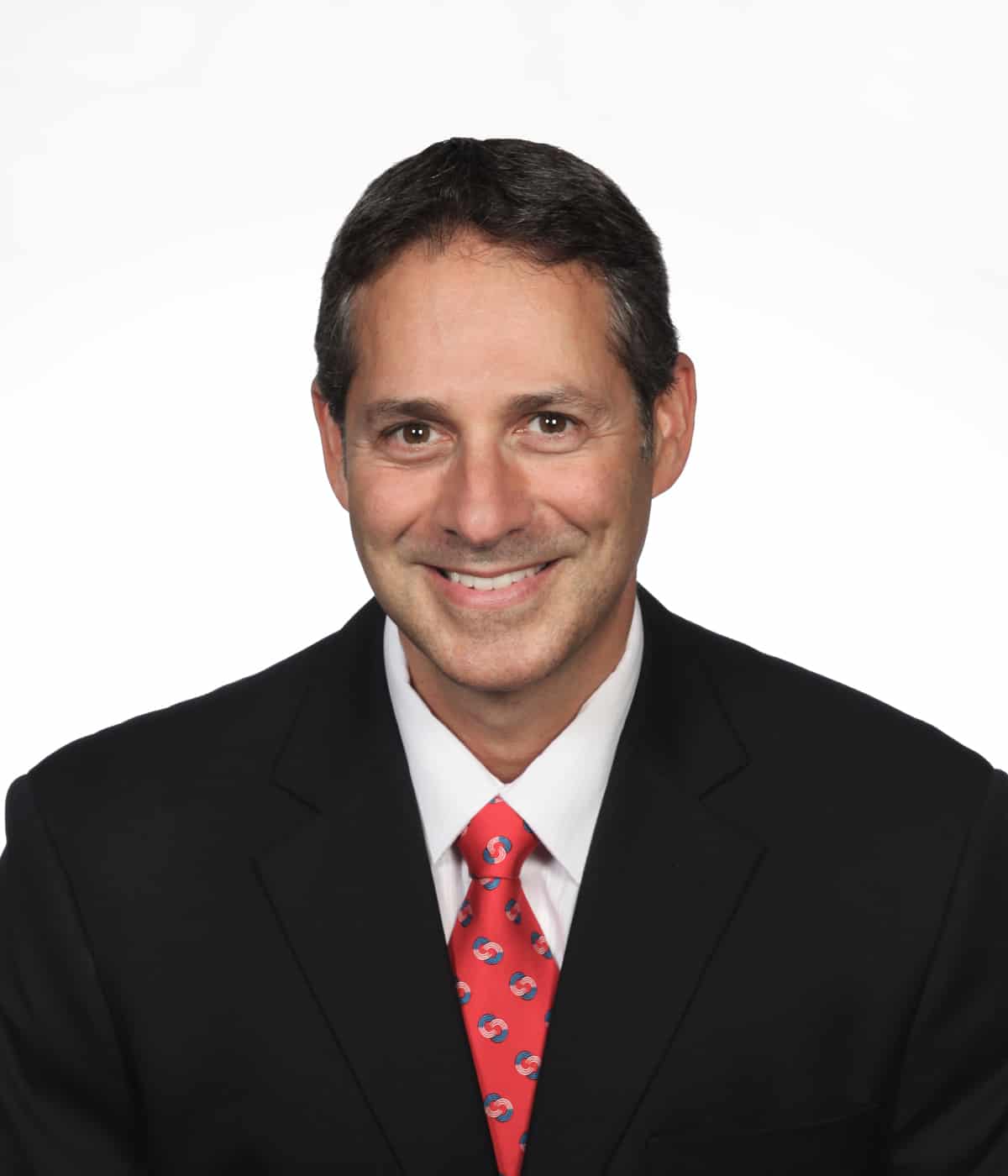 The film that was taken of both knees – it clearly indicated that both of my knees were damaged beyond repair. And that I would have to get both of them replaced. And I was given the name of four or five different doctors um – local and in out of town. I talked to every one of them. And frankly, I was upset because their fix was we’ll take something off the shelf. We’re gonna open you up. We’re gonna hammer the living daylights out of you. And good luck with the rehab. Well, I didn’t like that. And, and I didn’t like that approach. And and I, I really did some research on this whole process of knee replacement. Had a referral to doctor down in Milford. A gentleman by the name of Amit Lahav. Doctor Lahav’s name came up through a guy I work out in the gym with. And he said to me his wife had gone to him for some meniscus damage and he was so soothing. And so cordial that, that he never met a doctor like him in his life. And his wife loved him. And I said well, then that guy deserves an opportunity for me to go talk to him. And the minute he walked into my room, in his office, I knew he was a guy. He was right on point. He would he showed me the film. He said to me that I’ve done more damage than he’s seen in anybody’s knee. He had a different process than most orthopaedic doctors have. And that is, he gives you a custom fit knee. And I asked him what does that mean? And he explained it to me. Very, very detailed guy. That it’s it – they’d shoot a cat scan of your leg. So, he manufactures a replacement knee to your body type – your muscle type, your height, your weight. And it’s an exact fit. Which, in his opinion, helps on the rehab – helps on the healing and helps on the pain. And I was intrigued by that. The initial knee – which was the right knee – where I stayed in the hospital a day and came home. And immediately started working with the Trinity Home Health uh. Was, was working very well. The rehab went very well. However, I was limited on an overall hundred percent improvement because my left knee had been damaged. And was the was needed to be replaced. Dr. Lahav and I had a discussion on how we were gonna go forward and the timing of when we were gonna go forward with the left knee replacement. And we decided that we would do we would do it as an outpatient. I broached the topic of it. I said, you know I don’t really need to stay in the hospital. I mean, I’m ready to go. And I’m gonna hook up again with with a Trinity home health and and those people are on the same page with me. And and you know I don’t they can perform better service from my rehab at home than me wasting a day in the hospital. And so, I’d like you to consider – if we couldn’t do this as an outpatient. And he thought about it and he said I’ve never done it before. I said, you know something, you know – just hit a home run doc. That’s all you got to do. We got the right people in place. This – this is gonna be a win for everybody. We did it. To me, it was not a big deal. And I knew what was ahead of me. I’ve seen these people. I’ve dealt with them firsthand. And and, ya know, my life is so much better, since Dr. Lahav did his surgery on me. And I was able to work with the Trinity Health with their physical therapy. It’s just been tremendous.